What types of CNC plasma cutter are there? 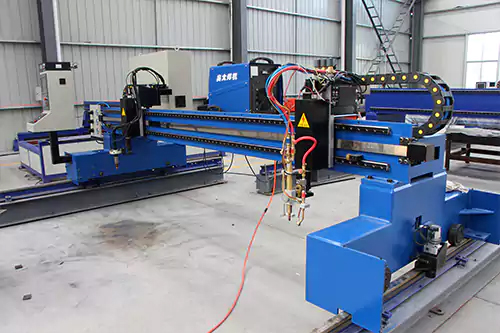 (1) The gantry CNC plasma cutter adopts the mechanical structure of large and medium-sized machine tools, with large span and longitudinal travel distance, suitable for large-scale plate processing. Gantry CNC plasma cutters are generally equipped with plasma cutting methods and flame cutting methods. They are mainly used for plates with larger thicknesses and have a higher operating accuracy than other mechanical structures. 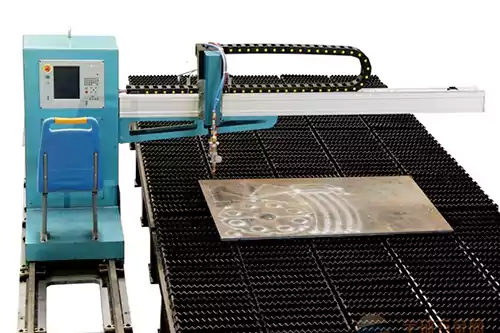 (2) The cantilever CNC plasma cutter is also a traditional and classic mechanical structure. The single base is connected to one end of the beam, and the cutting gun moves laterally on the beam. This type of equipment is suitable for small and medium-sized plate processing. Because the cantilever type CNC plasma cutter uses a unilateral drive, and the overall mechanical structure is too thin, the cutting accuracy is very low. 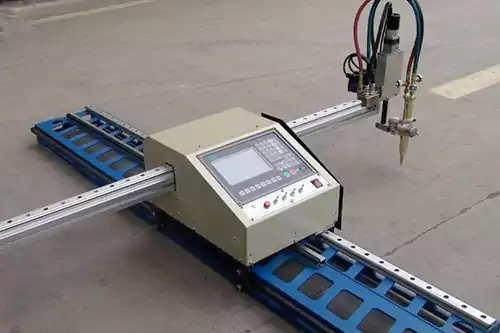 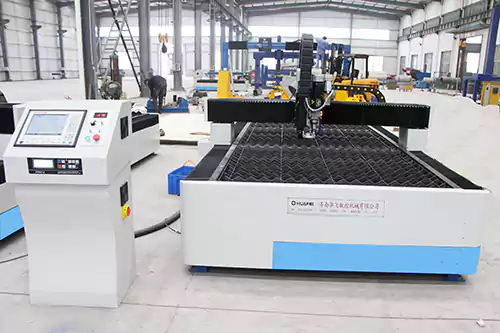 (4) The desktop CNC plasma cutter is developed for the CNC engraving machine. Its appearance is like adding a small gantry plasma cutter on the cutting table. This type of equipment has great advantages in the field of thin plate cutting and is a widely used application. The desktop CNC cutting machine is unable to cut thicker plates due to its structure and overall strength. 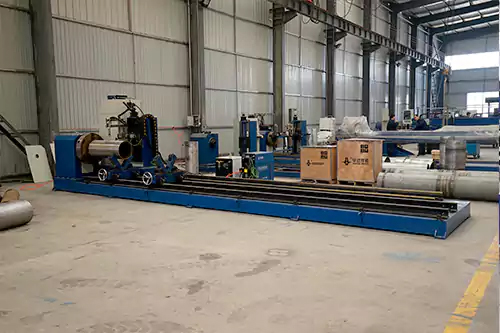 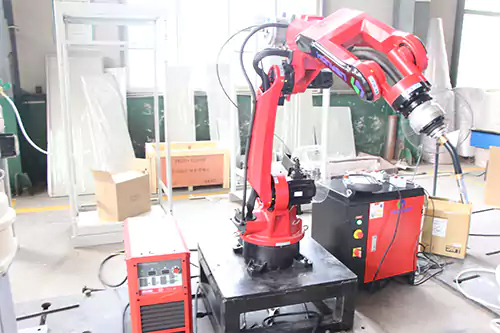 (6) The CNC robot cutting machine is a new type of CNC cutting machine. The cutting gun is installed on the mechanical arm, and the CNC system is used to realize multi-axis linkage, which can process three-dimensional and special-shaped workpieces and realize 3D cutting. Huafei CNC can provide customization of such machines. 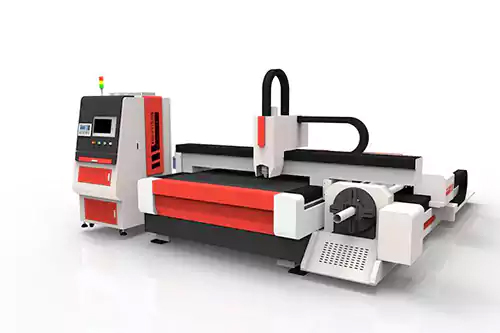 (7) The CNC tube-plate integrated plasma cutting machine is a newly developed CNC cutting machine, which is specially used for cutting metal sheets and pipe cutting and blanking CNC equipment. This machine can not only cut any plane graphics of various metal materials, but also cut round pipes and cut various shapes on the round pipes. 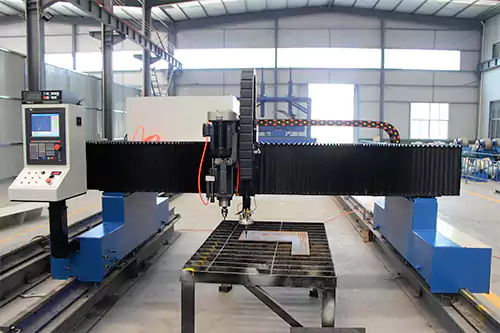 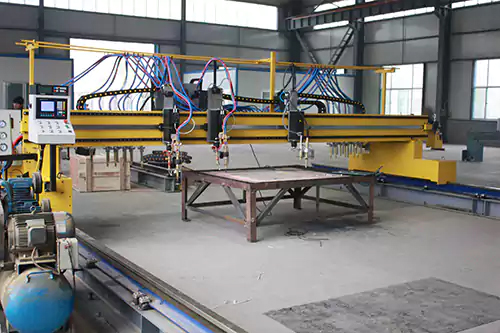 (1) Dry plasma cutting, also known as air-cooled cutting, uses an air compressor to cut seams and air jets to achieve the cooling effect. This type of cutting costs is low, but the pollution is great.

(3) The underwater CNC plasma cutter has a cutting platform with a water level that can be raised and lowered. When cutting starts, the air inlet valve opens the fan to inflate the water bed airbag, and the water level rises rapidly. When the water just floods the steel plate, the pneumatic valve is closed, and the water level stops moving. The smoke and arc light generated at the time are all absorbed by the water.

Next Article：Common problems and solutions of CNC plasma cutting machine